skip to main | skip to sidebar

Walk through the park

Beautiful day early morning day,  materialized walking through a city park. I notice a nice zip line up a head. It wined from up ahead maybe 15 or 20 ft up from eye level and zigged sagged down a sloping hill towards me. It looked like the funest zip line I have ever seen. I grabbed the zip hang rail which was wide enough for 2 hands I made my way back up the zip line with it. The last bit before the end was a straight shot over a valley between two hills. As I made my way up I was noticing all the kids playing in other parts of this beautiful large park.

As I make it to the starting point I see a few kids noticing and making their way to the start. There was a quick 90 degree turn and I thought to test it around that first turn and jump of towards a tree and jump sideways from tree back to starting ledge. I proceeded to but as I jumped off tree I landed sides ways as I miscalculated the angle of the tree trunk which cause my angle of bounce towards the ground. I looked at tree and laughed loudly and in fun pointing to tree while I described the "acute angle of the trunk" some of the older kids laughed as they were familiar with the word acute.

Immediately I teleported to a run away zip line car box with a dozen or more of the kids I just seen... They had jumped on another ajacent zip line which went straight down on what I knew was an untested car which by that point was accelerating with an overloaded packed zip car down the line. It was going to be a devastating crash at the end of the zip line. I looked around and grew angry at their stupidity and utter unthoughtfulness as I yelled. "Will you always be so ignorant!" Or something like that...

I breathed in and gathered all my inner strength to spychicly move the earth ahead as to create a landing area. It took all my mental strength at the moment with loud breathing and straining, with my hands and mind focused on the area ahead, but as soon as it was over and the car came to a reasonable speed to jump off I walked off in anger towards the edge of the cliff side of the hill. In my wide vision I noticed them running towards me and as I approved the edge I made a Narrow land bridge with an arched underside just wide enough for my shoe and began to walk across it as I said "see if you can follow..." I dematerialized halfway through it and awakened.


Posted by TheMasterDesigner at 10:51 AM No comments:

Geometría Flower of Life by bluekron77 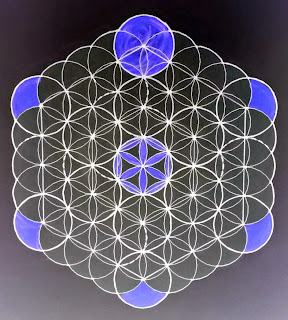 Posted by TheMasterDesigner at 5:48 PM No comments:

Truth like fire burns to the core
Until there's nothing but It
there is no self left indeed
So man is nothing but a vessel
the Lord of host is truth in truth
Spirit in spirit...
What spirit are you of?

Posted by TheMasterDesigner at 12:52 AM No comments: 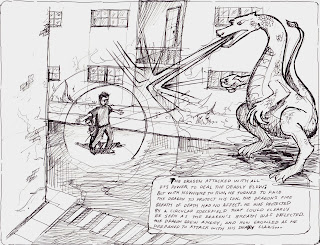 Posted by TheMasterDesigner at 5:37 AM No comments:

Some dreams are made were light is born. These are not as usual dreams can be. In a realm called eternity these dreams are words with life that is to be. The boy whose dreams are these, he did not know who he should be. But dream he did and to dream he liked, early to bed, early to dream. The next night after the raining light, he dreamed again. More real this dream became as dream by dream the dreamed continued. Awaking to the reality within, that which makes what is to be. These dreams the boy told to his mother... "It seemed so real as if I flew around the earth... in AFRICA, the deserts are so growing, getting larger by the minute."

"Nonsense!" replied his mother. "The earth is as it always was, and still remains the same. Dreams are dreams and nothing else, and what you see as you awake is what is and nothing else." The boy did not agree, his dreams are real as can be, why would mother not believe. Her eyes in darkness must they be, so fast to judge, to be deceived so easily. The boy grew smart and wise as he searched for answers to his questions, and searched for answers to his dreams. Never the less he grew out of his dreams, never knowing what they meant. Life's bustle and hustle slowly closed his eyes to the world he dreamed and grow he did into a teen. Busy bee, as we all have seen. School and sports and friends and time filled his life the by day and night. His dreams became a memory, stored deeply in his mind. For a later time to make rewind.

One day love came knocking by, a girl it was that made time fly. Soon thoughts her replaced the rest and slowly his heart began to flex. Love is courage, love is kind. Love is best when it is hard to find. Love is true and love is real. Love is better when you feel. The love for others sparks the spirit, spirit then begins to hear it. It must be born again to deal it. So like this the dreams began. Again the realm began to bend. "A dream a dream of you and me." He now said to his girl to be. Best of friends they truly where. Thoughts of marriage surly there.

One full moon night, star, sky gazing, playful past time. Meteor shower more bright then last time. Late to bed, shortly right after. Deep sleep is best when time goes faster. "Walking down a road I wondered." Looking for someone there and after. I found a girl fastly walking, to cross the street without much looking. I sensed the car coming much faster, without a though I pushed her back to keep the swerving car for hitting her. But I looked back and there I was, standing in front of incoming car. I closed my eyes, too close to move aside but suddenly there I was no longer."

I weird dream that is" The girl did say. As I had that same experience one day. About 7 years ago from this day today, walking back from by friends house. It was not that late but I was ten back then. Three houses down and across the street, a short journey, that seemed so safe. But in between some shrubs I hastily began to cross the street, when something push me back and off the street. Before I let my breath come out, a swerving car past by so close the air made my hair fly back. I wondered what had happened, but was so glad, the worst did not just happened. I looked both ways from there on after.


Posted by TheMasterDesigner at 9:19 AM No comments:

Darkness covered the night sky as the stars fell from the heavens. the heavens gave way to blue-ish light as a star came down to fight the dragon. a boy slept in the calmness of the night, and in that realm were dreams are seen he saw this very night, as stars came down with orange bright, he saw this night, but not through human sight. then he saw the blue-ish light, but not thru his own eyes. "every night i dream. i dream a dream that's not a dream, but a memory to come which eyes have seen." And the little boy still slept. "a thought i think that will be thought, a feeling I feel that will be felt." the boy still slept. thru his dreams he saw, things that he had never seen before, experienced things he had not yet experienced. the boy still slept.
The window gave way to the blue-ish light, and brightened as the day, the midnight sky. The room glowed if only for a while as this light passed thru into the physical, to begin the final change the world would take. And the boy still slept. and just as fast as the light entered in luminescence and bright it was gone. People were awaken but dint know why. Perhaps the brightness of the bluish light. The Boy still slept.

In our dreams were life is nothing more than fuel, to this realm beyond the physical, but not yet spiritual, the boy awakened. and his eyes began to open once again from sleep. From darkness came this light, and as he began to breath this life, the light became clearer and into focus. and looking down he saw the earth as it should be. And as if time was passing quickly by, the earth did spin to become this place that it now was. Polluted and desecrated, by the inhabitants it was created to sustain eternally. Then he saw what it should have been, a beautiful place full of gardens and light, were night never came, and day never rested. The bluest blue sky, with gold light shining down. Clear sparkling water, and never ending green filled lands, mountains, and valleys. The paradise it should have been.

As the earth rotated below him, the heavens opened above him, as he saw beyond this realm. and that black and empty space just like a curtain open up, as though the show would soon begin. The bright of the heavens at first sight was blinding with light. But as a closer look he took, he felt the calmness of the light, Like as if through this light peace came into his heart. A place few had seen before was right before his eyes, nothing became out of focus, and it seemed like everything was made of light, almost translucent,and trans-dimensional. As he began to reach deeper and deeper in, he felt as if been pulled back, and as he turned his head towards the earth, as fast as one can blink, he opened his eyes, and then awoke. He was on his bed. Awed but tired, he fell back to sleep. The night was calm and cold, the breeze did blow the leaves away. Everything was as it should be. The morning came as did the day before.
Posted by TheMasterDesigner at 9:17 AM No comments: